I have been planning and preparing for a week-long tour of PCH (Pacific Coast Highway) here in California, and this overnighter ride is, among other things, a shakedown for the tour. I have spent time shrinking my load to a minimum size and weight. Most tourers err on the side of packing too much if you read their blogs and social media posts. My weight weenie tendencies run deep: I wanted to make sure I did not eliminate too much. In the end I was happy with what I decided to pack. So much so that I think I will dedicate separate posts to gear and packing reviews.

San Clemente, the beginning and end of my ride, offers one of the best stretches of protected coast highway bike trail anywhere, which ends abruptly as you go south. But the ride through town is overall very nice and beach town-ey.

My route took me past the fabled Trestles surf area, which was hosting some big surfing event and warranted a slightly closer look.

Continuing south I passed through San Onofre State Beach and on to a dedicated bike path with views of the ocean on one side and a freeway full of cars on the other side.

After that was Camp Pendleton MCAS (Marine Corps Air Station). If you plan to ride across the base, bring a driver’s license (I don’t know about passports), a helmet, and be sure to register on the base’s website about a week before you come. If you don’t, you may not be allowed on the base, and the only alternate route is on the shoulder of the freeway, though that is not as bad as it sounds.

South of the marine base is the city of Oceanside. While it is definitely faster to ride across Oceanside without riding “the strand” beach trail, I was riding in touring/sightseeing mode. My tendency is to put my head down and hammer. But I did that the last time I rode PCH and discovered afterwards I did not have the kind of experience I was looking for. So this was not only a gear shakedown ride: it was a shakedown of my attitude as well.

My destination was the Hike and Bike campsite at San Elijo State Beach. It is a great option for a last-minute overnighter. It is definitely urban camping though.

There are almost always other riders to share the campsite with, making it a great way to meet people. This trip was no exception. I met Trey, a local rider doing something similar to me, and Anna and Amondine (I nicknamed her Mandy) from Belgium. They were traveling the world via a network of host households that offered travelers short-term employment so they could earn the cash needed to continue long-term but frugal travel.

I spent the evening sharing my extra food, wine and whiskey, learning about how to travel the world and speak French, stargazing and imagining people on other planets looking at us and our star millions of years ago.

San Elijo is a rare urban / beach camping locale but it is not without its cons. Train tracks parallel the beach  and a few trains come through at night, sounding their very loud horn for an intersection right across from the campground.  But I have learned to deal with it. I bring ear plugs. While I am at it, I bring eye shades for headlights from cars on the road. They have become staples I bring with me on all camping trips. You never know what kind of camp site you will end up with. And getting a good night’s sleep is one of the most important things for me when bike touring.

I am a bit of a morning person, so I woke up and watched the “dawn patrol” surfers in the area for a while.

Back at the campsite we said our good byes and shared well wishes with each other as we packed and went on our separate ways. Next on my agenda: seeking out my morning elixir.

The ride home was a rewind of the ride there, but with a mild headwind instead of a tailwind. I can pass a lot of things while riding, but a good Mexican meal is not one of them.

My bike, loaded for the ride and parked for lunch. It will not need much more than this for the big tour.

Overall the ride was a success. I am looking forward to a week on the road in May! 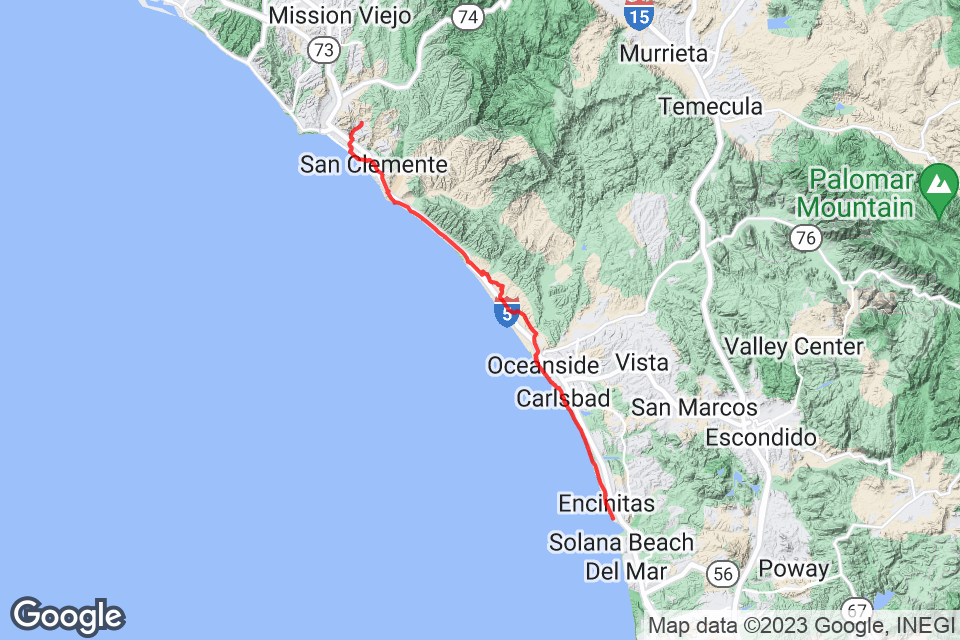 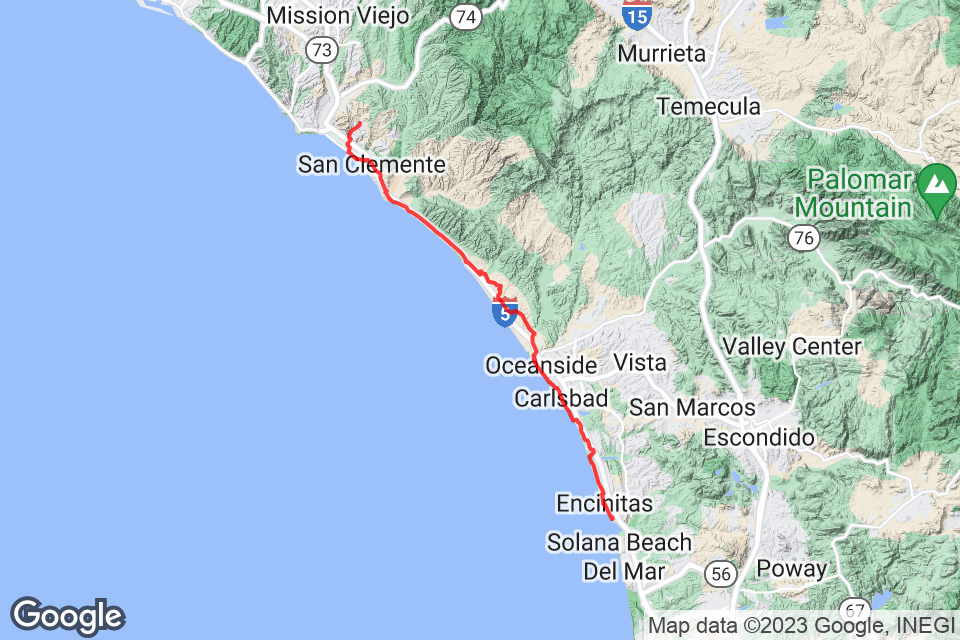