On the tail of a storm

Attack of the tumbleweeds

Here it is late February and I have a few days of downtime as I change jobs. So what should I do? Go riding, of course! 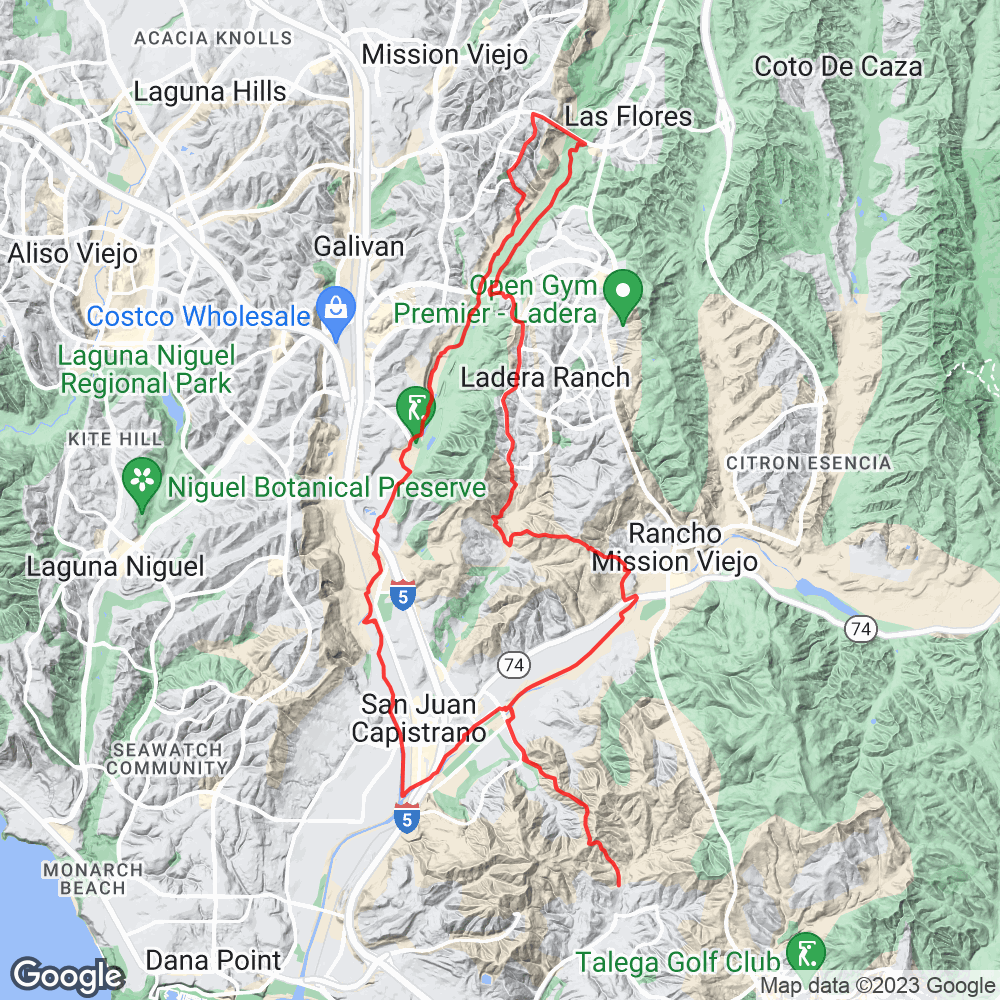 President’s Day was unusually warm. We were supposed to be getting slammed by El Nino driven rain storms by now, but they have not materialized yet. El Nino has until April to deliver its rain to southern California, we can only wait and see. For this ride skies were blue and temps rose into the 90’s. The rain we have been getting has been sufficient to transform much of our brown natural landscape green, which is a welcome change. So it was strange to see tumbleweeds at several locations on the trail. No doubt they were loosened up and collected into clumps by our recent Santa Ana winds.

Tumbleweeds turned this short section of fire road into singletrack

You never know what you will find along the trail as you ride in and out of civilized areas. Like this impromptu rest area complete with folding chair and umbrella, near nothing in particular. A glass of wine and a good book maybe?

Whatever works for you

Farther along I have discovered a way to cross San Juan Creek at La Novia that does not involve the narrow bridge. There is a creek crossing very close to the bridge. The creek is dry and the creek bed is typical deep loose sand. But the 29 plus tires have no problem handling the loose stuff. And the crossing features a strange old piece of hardware I cannot identify. Maybe it was a pump of some sort, or part of a bridge that used to be here.

Hmmm, lets have a closer look

Something has seen better days

I remain excited about the extension of the paved bike trail around the Ortega choke point. Since I rode it last time, San Juan Capistrano has painted lines and the construction equipment is gone.

It looks more official now with the yellow line

Once nice thing about suburban mountain biking is having access to civilized pit stops.

I stopped at Taco Mesa at a plaza on Crown Valley Parkway. I had a single fish taco a la carte. That is all I can handle eating in the middle of a big ride. If I eat more than that my energy level and stomach do not cooperate later on. Taco Mesa has a well earned good reputation, I give them a thumbs up. The large soda was almost five bucks though, so look out for that. Ice water is better for you anyway. After a brief lunch I stopped at the Circle K in the same plaza to top off the Gatorade in my Camelbak and I was on my way again. Try that when you are climbing Santiago Truck Trail!

The trail crosses the stream here

I went inland along the canyon as far as Oso Parkway, crossing the bridge there and returning along the other (west) side of the canyon. All of the bridges over Arroyo Trabuco afford a nice view of the canyon below. The trails along the other side are not as well traveled, and it was the first time I rode this section. I had to navigate some pavement through a neighborhood to access it. I was surprised to look at my Strava results after the ride. The large segment in that area had only been ridden by 11 riders, so I was able to claim 6th overall, even though I was riding in “exploration” mode. It featured some nice singletrack.

Also while on the bridge I spotted this lone rider in the distance trying to figure out if they should cross this sketchy section of trail. He took too long to decide so I continued my ride without knowing what he decided to do.

Later in the ride I stopped at the park by the bridge over Trabuco Canyon near the confluence of it and San Juan Creek. There is always a lot to see there. That day there was a barbeque, someone playing in the concrete riverbed (not recommended), multiple riders going past, and a great view of crowded 5 freeway nearby. The bridge is signed telling cyclists they must walk over the bridge. I have no idea why. And I have never seen a single cyclist walk their bike over the bridge in the many years I have ridden by it.

Near the end of the ride my chain broke. For the third time. So it is time for a new one. This time I caught it before it broke since it was skipping around the cassette. I had to actually break it myself, which always seems weird. Making the best of the situation, I made the busted link pose for an arsty pic.

I am back to ridewithgps.com to plan more changes to this loop. I don’t know when, if ever, I will tire of exploring all of the riding options available along this route.