I continued the evolution of my local suburban wilderness loop today. I cannot recommend this version, however, due to numerous steep climbs. Next week I plan a variant of the reverse of this loop with a few mods, look for a ride report on that in the near future. 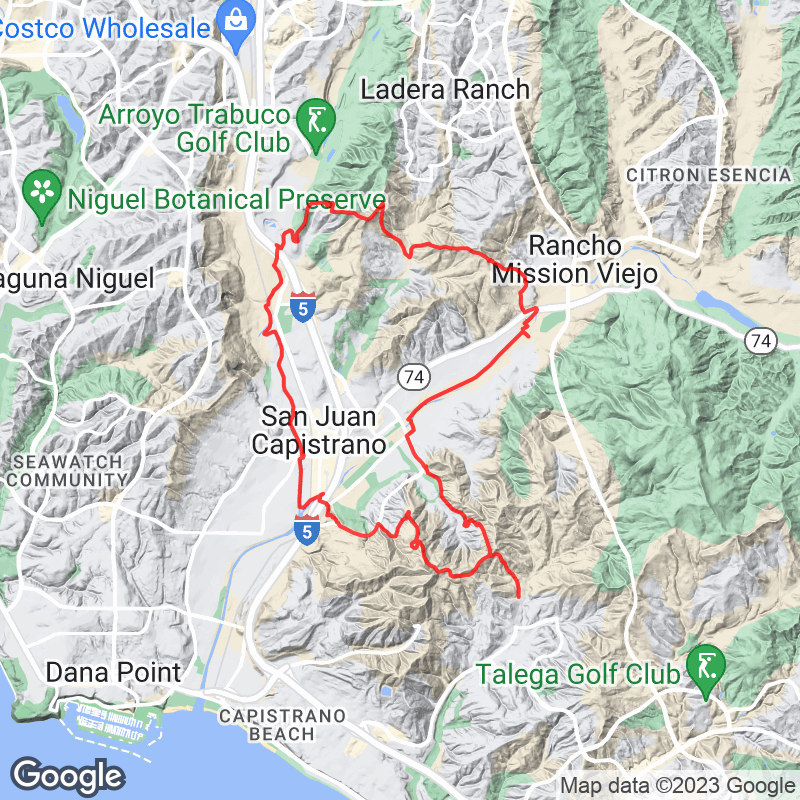 The theme for this ride is “signs”. Partway through the ride I realized how many signs I had encountered on this route. I found them to be pretty interesting once I started to pay attention to them. After a while a pattern and collective message began to appear. The route I took was through a series of interconnecting wilderness area that are being preserved as best as possible as development, civilization, sprawl, whatever you want to call it, grows around them. One important tool that land managers employ in their attempts to protect wilderness is the classic sign. Most of them are friendly and educational, but not always. They even be kind of funny sometimes.

I cannot tell you how much I love this sign. Bill wins my sign of the day award, he is a doer. He went through the right channels to do this, paid for these, installed them and maintains them himself. He also put his full name, email address and phone number on the sign in an effort to develop some community support for his efforts.

Yes, that is litter

This is the same can. It looks like not everyone can read, see, care, or whatever. For the record, I tossed the paper in the can after taking the pic.

Please stay to the right

I have never been able to figure out what this concrete basin thingy used to be. It looks like it was maybe meant to hold water?

This is a good view of some of the area my ride took me through. Even though it is mostly developed there is a network of preserves running through it that make fun and interesting places to go mountain biking.

I first encountered this tent weeks ago when I started riding variations of this loop. The first time I went by I presumed it was a “stealth camp” of someone riding or hiking through. It would be a good spot for that. Stealth campers usually stay one night and leave at first light to avoid detection. This is a permanent residence. You can see a clothing scarecrow on the right, it is always there.

I must admit to enjoying showing off on this section of the ride. It drops into a (usually) busy intersection by way of a pretty steep descent so I put on a show for all the motorists stuck at the traffic light. I then make my way into the left turn lane and proceed under the freeway you see in the picture, where there is no bike lane so I pretty much claim the entire right lane. Once drivers see me drop in like that they tend to leave me a little extra room.

If you examine the lower left corner of the above pic you will see that the left side of the trail is gone. It dropped down a small cliff into the creek below, taking the wooden rails with it. That section of the trail is now closed, and the new upper tier is the route that I took.

A bridge to somewhere

This is a dedicated bike/pedestrian bridge that is part of the San Juan Capistrano bike lane system, as seen from a dedicated bike underpass that takes you under Rancho Viejo Road.

The climb up from Rancho VIejo road affords views of the creek below, which is running in this wet season, right by this last outpost of rural residents.

A study in contrasts

More kudos to attempts to preserve some wilderness, even when they offer a great view of the 5 freeway and the “Shops at Mission Viejo” mall in the distance.

Welcome coverage in a treeless landscape

The hills here are treeless grasslands, probably because they used to be ranches. Cattle trails weave up the hillsides everywhere. This little shelter is a welcome rest stop. The irony of barbed wire and wilderness together is not lost on me.

I know it well

I did not know the Ortega choke point had an official name. I know it well. It is a very short section of Ortega highway that goes from 5 lanes to 2 then back to 5 around a blind curve. The bike lanes end because there is no room and shrubs and trees grow over the side of the road, making it extremely dangerous for bikes. I have looked into why it exists a few times and found no good explanation. It looks like there may be more information about it now, but I have not looked at it yet.

Rant alert! I really wish we would stop calling this kind of trail a “bike trail”. If pedestrians have the right of way they are multi use trails at best, and glorified sidewalks at worst. I generally avoid them when riding my bike because mixing bikes and pedestrians on a trial like this is very dangerous in my experience. Most pedestrians cannot agree what side of the path to walk on, or walk all over the trail as if there were no lanes, all while being oblivious to cyclists. Some treat it like the road, where they should be on the left side. When “bike lanes” post rules, however, they all state pedestrians should be on the right. When I ride up behind a group of pedestrians they often scatter onto both sides of the trail, sometimes running back and forth as they try to figure out what to do, and some just freeze in the middle of the trail. What I would love to see is a bicycle only trail where pedestrians were not allowed. I don’t think anything like that exists in the US, and even if it did it would get ignored and used by pedestrians anyway. Bike lanes on the street work much better as long as they are wide enough. This is a very short trail for now and I have never seen another bike or pedestrian on it. It does help you get around the Ortega choke point, so it has that going for it.

I decided to try baby food as ride food. It is available in friendly packaging, is easy to digest, is affordable, and tastes like food. Not all of these packets are called baby food. Power Bars are still great, the reason there is not one in this picture is that I had already eaten the one I packed. I have an assortment to try and this is the first one I used. It worked great, no problems yet, I foresee these becoming ride staples.

This sign along the San Juan Creek is interesting. The creek is impassible in most places and those dangers are pretty much everywhere in local wildernesses, but telling people again can’t hurt I guess.

I must be missing something

Seriously, that is all there is to the pond. It is above creek level. When it gets full it would basically be a puddle. What could it do, jump out at you?

No, really, keep out

This trail crosses San Juan Creek, which was dry. It is only a few hundred feet long and there are several of these signs on both sides of the trail. I think you are supposed to stay on the trail, not real sure though. In fairness to those who posted the signs, the area is dangerous, the land is a mix of private and public, and the trail leads to horse stables so there are many kinds of trail users.

This tiny little “park” is little more than a grassy corner of an intersection with a separate sidewalk running through it. The sign informs you that it is a private park. But wait, there’s more…

This is the same “park”, with lots of rules and further clarification of its private status.

For those of you who have not seen those little posts sticking out of the top of the sign, they are there to keep birds from lighting on the sign and contributing their droppings to the dog dropping clean up station. More irony, no?

Signs are one way that urban riding differs from wilderness riding. If you pay attention you can learn a lot about your surroundings as you ride.