About the word “bike”

After much planning and anticipation I did another local overnighter tour/bikepack trip, this one staying overnight at Dixon Lake in Escondido, CA.  Strava tells only part of the story, of course 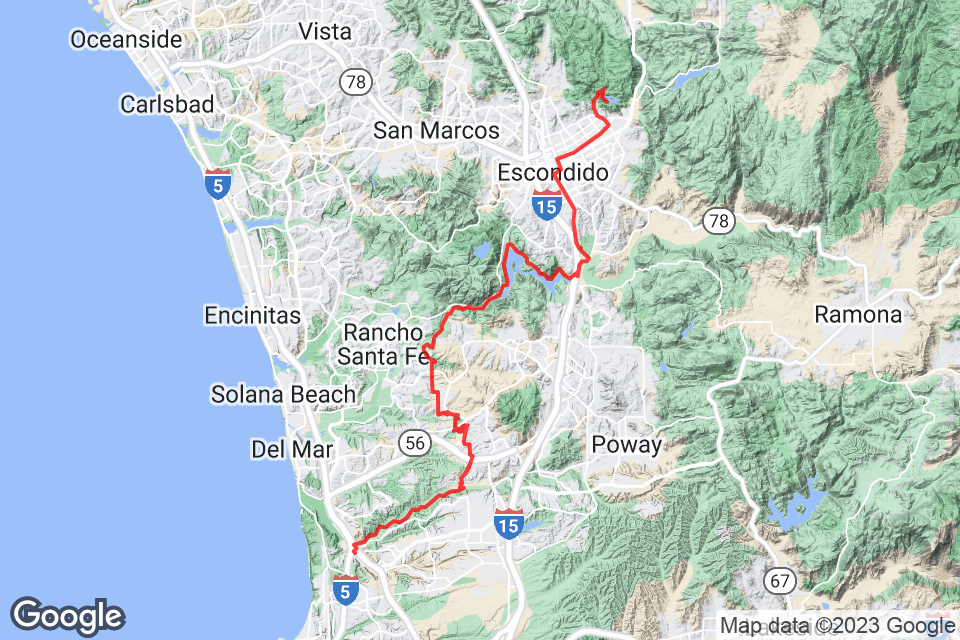 Got some serious ground truth 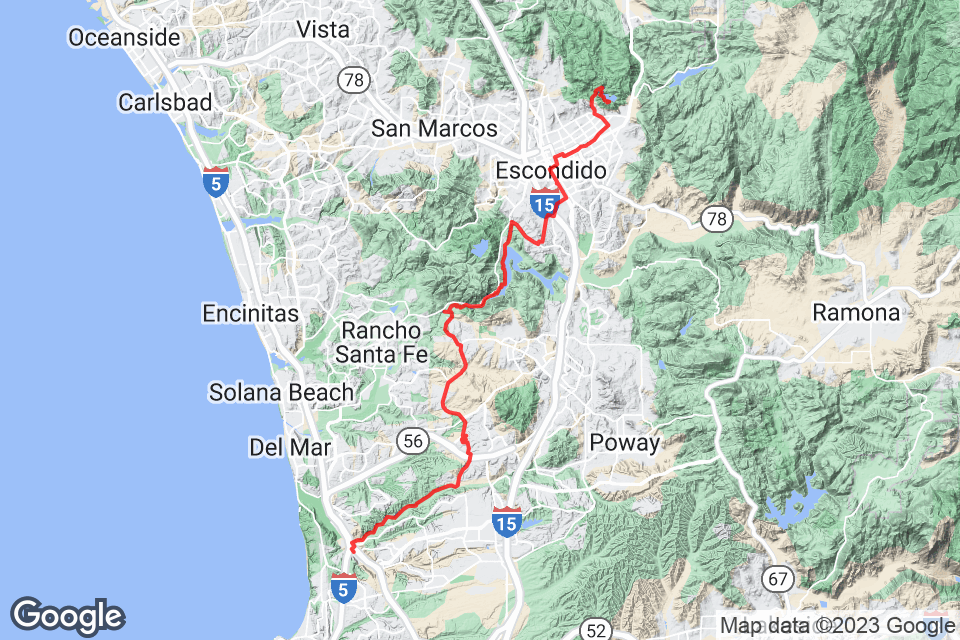 I went on this overnighter on the last two days of 2015, which might be symbolic somehow but I really can’t figure out how. Earlier that year I had done overnighters to Sycamore Canyon north of Los Angeles, O’Neill Regional Park in Orange County, and San Elijo State Beach in San Diego.

This trip started after a 45 minute drive from my home. If you drive to the trailhead of your overnighter ride, you must deal with the issue of where you will park your car overnight. Many places that you park for a day ride are less excited about allowing overnight parking. In this case I left my car at a commuter parking lot which was not at all clear about their rules for overnight parking, but I presumed a commuter lot had to allow it. At the end of the ride I returned to a ticket free windshield which made me happy.

Conditions for the ride were good, especially considering the time of year. The weather in San Diego in December is more hospitable than most parts of the world most times of the year. The weather for the ride was cool and there was a frost warning for that night. My 30 degree rated sleeping bag would get a good test. There had been some recent rain (which southern California desperately needed at the time, due to a drought) so there were patches of mud to deal with, but overall trail conditions were excellent.

I timed it. 7 minutes into the ride and I got a flat. I have since ordered rim tape and plan to convert my big wagon wheels to tubeless ASAP.

When I got my second flat 17 minutes in (ride time) I at least had some company. Kelly, a member of the San Diego Randonneurs group, happened by and took some interest in my bike. I am actually a registered randonneur and I am familiar with the “sdrando” group although I have never ridden with them. You can too at this link: San Diego Randonneurs. While on the subject of flats/mechanicals, I got a total of 4 flats over the two days and a broken chain. I fixed them all trailside with parts I carry with me all the time. As always when bikepacking, one word: preparation.

The route, while suburban, was still fun and adventurous. I had only ridden short sections of it once or twice ever. I liked relying heavily on the GPS track that I had prepared carefully ahead of time. I still made a few wrong turns and had to deviate from the course here and there.

As I got closer to my campsite I realized I was running behind schedule and I took some pavement options to speed things up. I will enjoy doing this route again this year with the route changes I have made and more daylight hours. Riding at this time of year the sun never gets high in the sky and gives me a perpetual feeling of running out of time.  But in this case that was an accurate feeling. I have concluded that a bike headlight is a basic necessity for any bikepacking trip, even an overnighter. It was dark when I checked in at the ranger station, and darker still when I set up camp and finally made dinner.

The meal looked better in person, trust me, and I was seriously hungry.

Dixon Lake is a civilized suburban campground. I got site 5 next to the shower/restroom. The showers were free, the hot water was plentiful and had no timer. But campsite fires are not allowed, only charcoal and stove fires, due to the drought/fire conditions. The fire restrictions were no problem for me. I had no time for a fire and I am terrible at starting campfires anyway. My site had a dedicated water spigot (maybe they all do), easy access trash cans, storage shelves, a picnic table and a fire ring. This particular site was well below the street level and you had to walk down some steps to get to it. It had the advantage of keeping car headlights out of the campsite at night and it made the site feel more remote. The site was full of footprints of larger than average critters, including deer and coyotes. There are clearly a lot of coyotes in the area, and  a couple of packs had successful hunts during the night based on a yipping I heard. I have reached the point where a pack of hunting coyotes does not freak me out. I was even kind of hoping to get a visit from one during the night but I did not. Owls were also active in the area during the night.

The weatherman was spot on, overnight temps dipped into the low 30s. My new sleeping bag and ground pad worked a charm, I will do a review/write up of them in a future post I think. I took the advice of other blogs I have read and I prepared breakfast completely under my vestibule since it was so cold out. Everything I brought in from the vestibule to the tent filled my tiny shelter with steam and felt quite cozy. I am not much of a coffee drinker anymore, but the Starbuck’s Via I had that morning was quite memorable.

Unfortunately I took a long time to get up and around in the cold and got a late start. My route was an out and back and I altered my return route to hit more pavement and be faster, but I did it in such a way that I would allow myself to be on dirt trails in places I had missed the day before. I was glad it did, the singletrack around Lake Hodges was a lot of fun.

I don’t like ranking my outdoor experiences against each other, I enjoy them all. But I do have to make choices about what to do in the future. And this particular expedition is one I will repeat again, and soon.