After The Rain Comes Sun

We have been getting much needed rain in California lately, and it continues to wreak its own special havoc with outdoor activities. Cyclists here are not used to dealing with rain and they mostly stop riding, so when I ride in the wet there are very few cyclists to be seen, even on weekend mornings. I don’t think it is a coincidence that it is the Wicked Witch of the West that dissolves and dies when she gets hit by water in the land of Oz. Had she been the Wicked Witch of the Southwest the analogy would be even better. But my trusty new-ish Salsa Cutthroat and I have braved the rain and mud (where it won’t damage trails) when possible.

“Old Man’s” beach is never empty like this. Never. Except when the dirt access road is closed. The only cyclists that pass this way are roadies, and they never come down here even when the road is NOT a giant mud bog. A drop bar mountain bike on the other hand got through the slop just fine.

These fenders are too small, but they work. The off road options at San Onofre are mostly gravel road beds and were in fine shape even after some rain.

The rain was forecast to let up for much of President’s Day weekend, and I decided to take advantage of the day off by doing an overnighter camp trip from Sunday to Monday, staying at the very urban San Elijo State Beach campground, which offers a “hike or bike” campsite. It is only ten bucks a night, no reservations needed and they never turn anyone away. 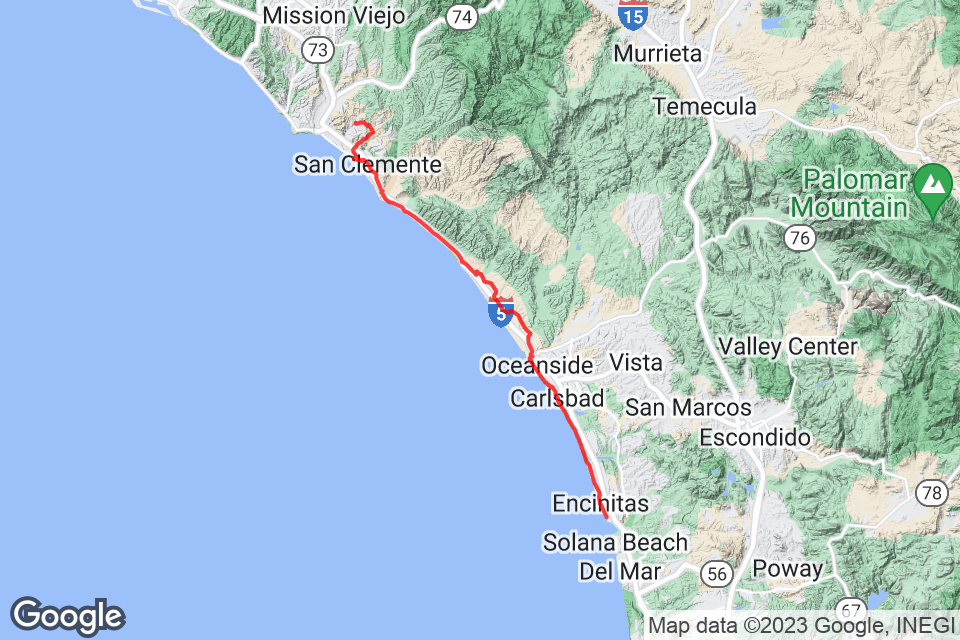 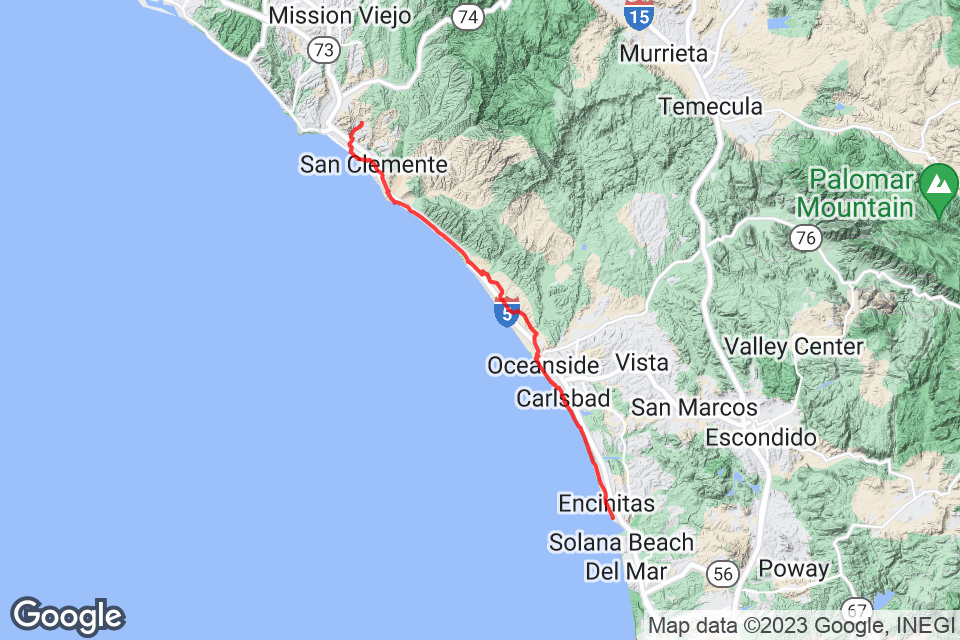 After leaving the neighborhood by way of an optional new climb, I arrived at San Onofre State Beach, greeted by this welcoming committee:

These critters are bigger and uglier than they look in the picture.

The flying one says to the one on the ground: “The bikers are coming, Bill! Leave the road kill behind!”

But Bill turns out to be pretty resourceful. So THIS is why we don’t see much road kill around here. And yes, of course, YUK!

The route leaves San Onofre and heads to Camp Pendleton Marine Corps Base, which I love riding across. Part of the route is a dedicated bike trail, some of which is the old highway surface that predates the nearby I-5 freeway. It also provides the Marines access to a helipad used for training exercises. By this point in the ride you are long past any services or civilization. There is an unobstructed view from the inland hills to the ocean. The coastal sage ecosystem had turned green and was flowering after all the rain. So it was a sharp contrast to the scenery when I came across this parked next to the bike trail:

It had a crew tending to it.

Apparently one of the “helicopters” had not fared so well. For those of you not familiar with this aircraft, it is a unique beast called the “Osprey” tilt rotor. They can take off, land and hover like a helicopter. While they are in the air they can rotate the rotors convert from a helicopter into a prop plane and back. They operate in the area but they are a rare sighting, so getting to see one up close like this was a real treat. It was covered with Marine mechanics, clearly working feverishly to get the big bird back in the air.

The ride from there continued along coast highway toward San Diego. I worried I had left too late and would arrive at the campsite after dark, which I have done way too many times. But I arrived with daylight to spare, albeit not much.

I made it in time for a sunset.

I set up camp and made a concoction of Idahoan potatoes, leftover chicken from home and dried veggies which I had rehydrating all day while I was riding. I was practicing at being self-contained for more remote rides in the future, doing my best to pretend that I am roughing it while camped in the midst of a tourist hot spot full of Starbucks’, 7-11s and restaurants. If anything were to go wrong I could simply ride my bike to a bike shop, sporting goods store, hospital or 5 star hotel. I did give in and buy some wine. Which, by the way, was too much for me to finish in one evening.

It may not be saying much, but it did taste better than it looks.

Breakfast came out looking a little nicer I think.

I love camp cooking. And eating. It is a big part of the fun of bike touring for me.

This was an out and back ride, not a loop. So it was back along the coast, stopping for supplies.

You know you got the right bike when you get excited whenever you look at it. The Cutthroat was made for this kind of ride and looks right at home.

Backtracking meant I got to see if the Osprey was still there. They were still working on it. Maybe they where having a hard time getting parts.

It was more disassembled than yesterday.

For the final leg of he journey, after several weeks of rain and clouds, the sun made a glorious appearance along the coast.

The train does come right down on the sand along here.

This is a popular surf beach. Competitive events are held in this area every year.

Did I mention the sun came out?

This overnighter started by riding out of my garage, and ended with me riding back up to it. It was a great success. I finally made a checklist for my rides, and this time I did not forget anything. It was amazing.

And my new bike impressed. It not only bore the burden of all the gear, but it remained a lively, solid platform while doing it.  Much to my delight, when I stood on the pedals the front stayed planted. And most important it is red.

I am running out of local campgrounds to venture to. My next overnighter may be a little farther afield, or it may be a rerun. Time will tell.